Gun violence has had devastating effects on communities across the country, and on too many Canadians who have lost loved ones. According to Statistics Canada, firearms were used in over 40 per cent of homicides in Canada in 2019. This violence must stop. This is why, last May, the Government of Canada banned over 1,500 models and variants of assault-style firearms and some of their components. The government is continuing to take every step necessary to combat gun violence and keep Canadians and communities safe.

The Prime Minister, Justin Trudeau, today announced the introduction of new legislation to amend the Criminal Code and the Firearms Act to make communities safer while respecting law-abiding gun owners. Through the proposed legislation and other measures, the government would:

These measures are part of a broader firearms strategy to increase public safety and build upon previous legislation and policies already in place. This includes the ban on assault-style firearms, significant funding to provinces and territories to combat gun and gang violence, and investments in border security to tackle firearms smuggling.

The Government of Canada will continue to work with Parliamentarians, provincial and territorial governments, Indigenous communities, and municipalities to do what it takes to keep our country safe from gun violence. 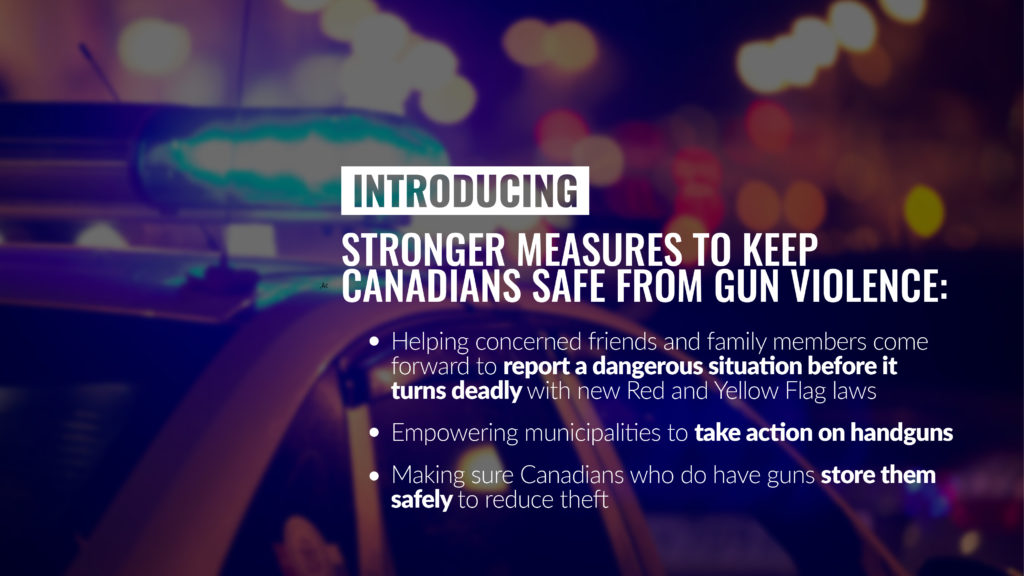 “One Canadian killed by gun violence is one too many. The tragedies we have seen in Ste-Foy and Portapique, and more recently in Toronto and Montréal, should never happen. This is why our government has taken some of the strongest action in our country’s history against gun violence. We will continue to take steps to strengthen gun control measures, remove dangerous weapons from our streets, and make sure everyone can feel safe from violence.”

“Too many Canadians have been killed or injured because of gun violence, and we need to take every reasonable step to stop more Canadians from suffering the same fate. These concrete measures we’re announcing today build on actions already taken to address some of the most serious firearms safety issues and are part of our government’s detailed firearms strategy that will help make our communities safer for everyone.”

“Today’s announcement builds on the important measures our government has already taken to keep Canadians safe in their communities. The multi-faceted approach to gun control we are proposing combines evidence-based policies, tougher Criminal Code penalties, and funding for programs that address root causes that lead to criminal behavior in the first place.”

—The Hon. David Lametti, Minister of Justice and Attorney General of Canada 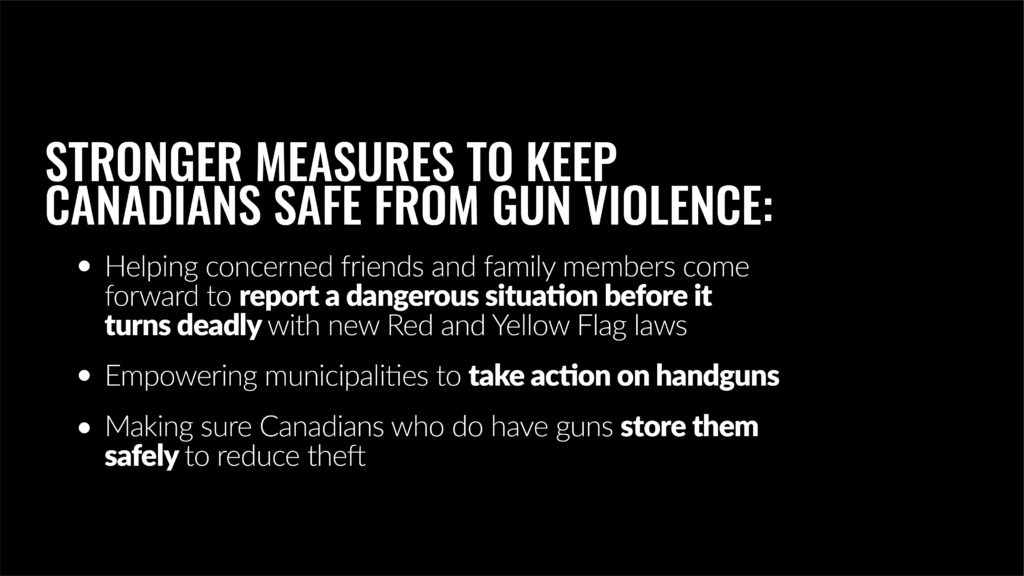